Gavin Hooper is The Fun Hypnotist 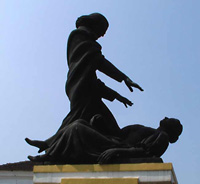 Hypnosis is as natural and as safe as daydreaming on your couch at home or sitting on a beach staring out at the water.

While in the state of Hypnosis you are able to tune out most of the stimuli around you, much the same as you would do with a great book or a movie that has you on the edge of your seat. While in hypnosis, you feel extreme physical relaxation, yet become mentally focused and open to suggestion, that’s why people are able to act out and play on stage.

People in hypnosis are not under some magical or evil spell. In fact, every subject is able to say no to any suggestion given, or simply waking up and walking away completely out of hypnosis all on their own.

Definition of hypnotize
verb
[with object]
produce a state of hypnosis in (someone): a witness had been hypnotized to enhance his memory

“Hypnosis. What is it? What is it not?”
For some, hypnosis is thought to be a hoax. Others will tell you it’s the most painless and enjoyable way to change your ideas, your lifestyle, and your habits. So who is right?

Hypnosis is a natural state. In fact, I can safely say you have entered hypnosis every day of your life and usually more than once a day without even recognizing it!

James Braid sometimes called the “Father of Modern Hypnotism” (1795-1860), described hypnotism as a physiological process caused by “protracted ocular fixation”. Remember the movies where a hypnotist would swing a watch hung from a chain in front of his subjects eyes, telling them they were getting sleepy? Braid hypothesized the natural physical tiredness created by such a relentless visual focus is what actually created the hypnotic state.

And it can! For some people. An example is people falling “asleep” at the wheel of their car on a long road trip, especially if they’re night driving, watching their headlights light up the dotted lines that separate the lanes whipping by at 50 mph.

So too can a lengthy or not so lengthy focus of the mind allow an individual to enter Hypnosis.

Do you know how to worry? Have you ever been really afraid? How about elated? Or depressed? Read any good books or cried over a great movie? How about focused so intently on meeting that deadlines that you missed your break? All of the above and far too many more common daily circumstances create a natural state of self-hypnosis.

Hypnosis is not “magic”. Hypnosis is not a “hoax”. It is a highly focused and entirely natural mind state that can be used for accelerated learning, for fun, for relaxation, and many other human issues.

In fact, a well-trained hypnotist spends less time hypnotizing his subjects, than he spends de-hypnotizing them. Want to stop smoking, lose weight, increase confidence? Chances are you don’t need hypnosis. You need De-Hypnosis to lower the barriers you’ve erected in your mind to hold a specific habit or mindset in place. In other words, whether you’re looking to create new habits of success or eliminate habits you’ve already hypnotized yourself into believing you’re unable to break them.

Your best bet is a properly trained, and Professional Hypnotist. Want a demonstration of the power of your mind to create change instantaneously, although short term only. Watch a Professional Stage Hypnotist at work. Fantastic entertainment, and real proof that your thoughts go a very long way indeed to creating your experiences of life.

So what about the individuals that insist all hypnosis is a hoax? Well, a session or two of de-hypnosis with a Professional Hypnotist might allow them to see what is happening before their eyes, and put the fears that hold this belief in place to rest.

Most are doomed never to learn of their short-sightedness though because they’ve already done a superb job of hypnotizing themselves against the solution for their problem.

Q: Is hypnosis mind-control?
A: No, hypnosis isn’t mind control. It’s a voluntary decision to let yourself experience the power of your own mind. The hypnotic state is one of relaxed concentration, similar to the experience of becoming so captivated by a good movie, that while the movie is playing, you agree to “forget” that it isn’t really happening.

Q: Can everyone be hypnotized?
A: Yes. Hypnosis is a natural state. If you were unable to be hypnotized, you would also be unable to focus your attention long enough to perform your job, read a book, or carry on a coherent conversation for more than a few minutes at a time. You naturally enter hypnosis every day of your life.

Q: Can a person become trapped in the hypnotic state and be unable to wake up?
A: No. Relaxed concentration isn’t a state that can be held without a defined focus. The length of a good movie will define how long a trance-state can be maintained under those circumstances. The Hypnotist provides this defined focus on stage. When the focus is withdrawn, the individual “awakes”.

Q: Why would anyone want to be hypnotized?
A: Hypnosis is more pleasurable than the best movie you’ve ever seen. In hypnosis, every scenario is set up by your own mind, designed to meet your personal decision about what you would like to happen next, and better yet, you’re always the star!

Q: Are there any side effects from being hypnotized?
A: Yes. One hour in hypnosis is the equivalent of eight hours of the most restful sleep you can imagine. You wake up knowing that at that moment, you could take on the world and win! Stage hypnosis is a temporary reprieve from the stresses of daily living.

Q: How do you know so much about hypnosis?
A: I have more than 18 years of experience both on and off stage.

“Why was I not hypnotized?”

I hear the same thing over and over… “Why couldn’t I be hypnotized”?

People ask me why they were not able to be hypnotized like there maybe something wrong with them, that’s not it at all.

On stage, I have a very limited period of time in order to reach as many people as possible to get them into a state of focused concentration (Hypnosis).

This is an old and ridiculous statement made by a hypnotist back in the day that clearly did not understand the workings of this art or the mind, and is wrong for so many reasons.

In fact it is the exact opposite of weakness, first you must have great concentration skills, the ability to focus intently on what’s going on and being said, and not trying too hard to enter the hypnotic state of mind.

The people who reach the level of hypnosis where they are able to have and be great fun on stage must be able to listen to what I’m saying, block out that there is 1000 plus people watching them, other sounds as well as all the myriad of other old myths about hypnosis.

For the people who are sent back to the audience, this does NOT mean they can’t be hypnotized, simply put they had other thoughts going on in their mind, maybe a touch of fear, maybe they just did not like the sound of my voice. There are a million things that can stop the process from working for any individual ON STAGE.

I have been in the field for more than 20 years. I began as a clinical hypnotist assisting people to stop smoking, improve memories etc. I now specialize in weight reduction and the removal of fears/phobias. I still work privately with clients from time to time when I’m not performing.

In the privacy of my office where the setting and feel is very different from that of the stage, I’ve not met anyone who couldn’t reach the desired level of hypnosis needed to make change.

Some people are very responsive to hypnotic suggestions and others are less responsive. There are 5 groups or types of people who usually are difficult to hypnotize and include weak-minded individuals because of their lack of focus or limited or diminished powers of concentration, and;

Some people are very responsive to hypnotic suggestions and others are less responsive. There are 5 groups or types of people who usually are difficult to hypnotize and include weak-minded individuals because of their lack of focus or limited or diminished powers of concentration, and;

Come get Hypnotized… and have the time of your life.

“Looking for a hypnotist?”

If you choose to seek out a hypnotist’s help, here is what I would suggest in the form of 3 very simple guidelines:

(1) Call around. Ask questions directly related to your challenge, and assess the following: Am I comfortable and at ease talking to this person? Is he/she hearing me, or just trying to sell me?Are his/her answers clear and understandable? Do they sound “professional” or uncertain of their ability to help?

Can they guesstimate the number of sessions involved? Note: This number is NOT a guarantee and may increase/decrease in practice. However, an experienced hypnotist can provide an “average based upon experience”.

(2) Set up an appointment. After the first appointment, you should feel more comfortable and you should notice some small change(s) almost right away… perhaps smiling more, feeling better about your decision, or having the best night’s sleep you’ve had in a while.

(3) Trust your instincts. If you’d like to read more on this please visit my Blog.

Book Hooper now... and ...we’ll add an additional 30 mins to your show for free!